Not income? Maybe she needs the IRS for Dummies book 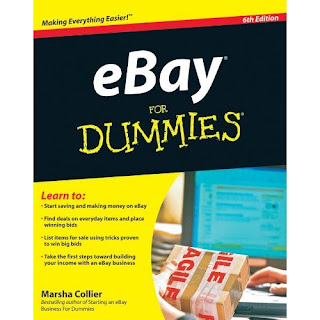 Gee, nice.  Since when is money earned by selling things not income?

What else can one say about this?

Is she still employed by the IRS?

An Internal Revenue Service agent was found liable for back taxes and penalties for not reporting income on nearly 2,000 transactions on EBay Inc., the online auction site, according to the U.S. Tax Court.

Andrea Fabiana Orellana failed to report $41,842 in income in 2004 and 2005 from sales of designer clothing, shoes and other items, according to a Tax Court summary opinion. Orellana is liable for $12,428 in unpaid taxes and $2,486 in penalties.

Orellana, who represented herself, sold items under several names, including “BlackTheRipper,” the court document said. She could not be reached for comment.

“Petitioner’s attitude toward the preparation of her tax returns appeared to be cavalier,” the U.S. Tax Court opinion said.

The IRS asked for proof of costs and expenses. Orellana, who worked as an IRS revenue officer and resided in California at the time of the IRS examination, testified that she never kept receipts, according to the court.

“That would be ridiculous, unheard of. Unless there was some really bizarre reason why I kept a receipt, there were no receipts,” she said according to the court documents.

Orellana claimed her EBay sales were not a business, and characterized it as an online garage sale, according to the court document. She said she liked to shop for designer clothes and that this was a way to clean out her closets.

“Sellers are responsible for paying all required state and federal taxes,” EBay said in an e-mailed statement. The San Jose, California-based company declined to comment on the specific case.

The court ruling was reported earlier on TaxProf Blog.

IRS Commissioner Douglas Shulman told Congress last year that the estimated amount of uncollected taxes was $290 billion. April 15th was tax day, when all Americans had to file their income taxes. Taxpayers filed 144.1 million individual returns in 2009, according to the IRS.