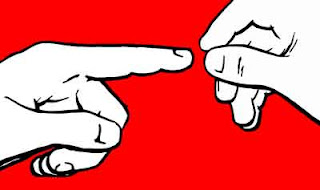 Geeze people its not even a computer, or its sorta an overly large smart phone.

This is just really terrible.  I hope they catch the dude.


Thieves sever man's finger, steal iPad at Cherry Creek Mall
Julie Hayden Reporter - Fox31- KDVR.com
DENVER - Denver Police are searching for two thieves who stole an iPad from a man shopping at the Cherry Creek Mall, and ripped off his little finger in the process.

Bill Jordan tells FOX31 News that he went to the Cherry Creek Mall's Apple store last Thursday to buy an iPad because his company needed one for a business gift.

He says he didn't realize that two thugs were watching him as he left the store. They attacked as he walked down the winding staircase to the mall's main level.

Jordan says the Apple bag's cords were wrapped around his fingers and he couldn't let go.

Jordan says the thief rushed out the door and hooked up with his accomplice.

Jordan called for help and was rushed to the hospital. There, a doctor gave him the bad news.

"He said 'I recommend amputation'."

Jordan, whose hand was wrapped in heavy bandages when we spoke with him Monday, says the doctor had to amputate the little finger on his left hand. He's left-handed, making the injury even worse.

Jordan says he tried to be alert, but he didn't expect to be attacked in the middle of the afternoon at the crowded, upscale shopping mall.

"It didn't dawn on me (that) this is a new product that's in demand and somebody would go to this length to get something like this. To destroy someone's hand. Who knows how far they would have gone if it didn't come off my hand?"

Police say there is surveillance video of the attack which they hope to release Tuesday.
Posted by Sam at 8:50 AM