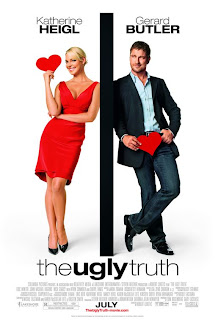 
Pig ugly widow worth having sex with for a sports car, court hears
Sydney Morning Herald-

Paramedic Des Campbell said his wife, whom he is accused of killing, was so ugly "you'd have to chew your arm off if you woke up next to her", his murder trial has been told.

Mr Campbell, 52, has pleaded not guilty to murdering his wife Janet, 49, by pushing her off a cliff during a camping trip at the Royal National Park, south of Sydney, on March 24, 2005.

Neil Campbell jnr overheard a "raucous" conversation between his then wife Toni Sanderson and Des Campbell, his brother, about the "pig ugly" woman with whom Mr Campbell said he did not know if he would be able to have sex.

But Ms Sanderson said: "If they've got two heads, put a bag over one of them ... and then shag her."

"It was worth that to get a sports car," Neil Campbell remembered his ex-wife saying.

Giving evidence today at his brother's trial in the NSW Supreme Court, Mr Campbell added that all the comments were made in a "joking vein".

The paramedic and the widow met while living in Deniliquin in southern NSW and were secretly married in September 2004.

His brother and sister-in-law visited him in April or May that year, when the comments were made.

The jury has been told Mrs Campbell bought a marital home in her and her husband's name at Otford, near the national park, but did not move in until six days before her death.

Neil Campbell and his wife spent a few weeks there at the end of 2004 during which time a woman named Gorica Velicanski stayed a few nights in Mr Campbell's bedroom.

Both Ms Velicanski and Ms Sanderson were approached by neighbours asking if they were Janet Campbell.

But Mr Campbell and Ms Sanderson decided not to bring the matter up with his brother.
"I said he's a very private person. He keeps things to himself. It's his business and I don't want to jeopardise our new friendship as brothers," Mr Campbell told the court via audio-visual link.

"He'd had a lot of girlfriends over the years and you just didn't ask questions."

Mr Campbell's parents also gave evidence at the trial, saying they knew nothing of their son's marriage to Janet until after her death.

"The only time I heard that there was a death was when my son Des called me and told me," his father, Neil Campbell snr, told the court.
"[He said] something like the love of his life who he was going to live with for the rest of his life had got killed."

Mr Campbell snr only found out the pair were married later when police questioned him about his son's wife and he "put two and two together".

"I thought it was very, very strange," Mr Campbell said.

Des Campbell sobbed in the dock as his father was giving evidence.

The trial before Justice Megan Latham continues.
Posted by Sam at 7:15 AM