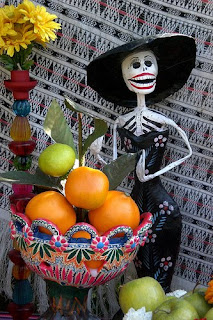 Chalk these up, probably, to what I call Fiesta de los Muertos.

Too much Fiesta, too much booze, and too much stupidity all combine to cause too much death and mayhem.

Authorities have not released the names of two people, a man and a woman, who were pronounced dead at the scene of the crash.