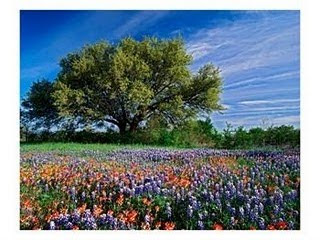 Signs that Summer is nigh;

2. The Bluebonnets and Paint-Brushes are fading out; and

Schlitterbahn set to open this weekend
By Eric J. Weilbacher - The Herald-Zeitung

Be confused no more as your child winds down the Soda Straws. Just before opening day this Saturday, Schlitterbahn Waterpark Resort —New Braunfels is painting each line of the famous tubular, winding slides. They were identical in color, making it hard for parents looking for their children at the bottom of the slide. Now one side is green and the other blue.

“Parents in the past didn’t know what side their children were coming out on,” said Jeffrey Siebert, director of corporate communications for Schlitterbahn Waterparks.

Improvements abound this season, with new patio and gazebo areas overlooking the Comal River and a simple fresh coat of paint on all the railings throughout the park.

More than one million people visited the local this past season, making for a heavily used park that might keep many New Braunfelsers away.

Now, Siebert said, is the time for locals to come and enjoy the park for themselves.

“These first weekends are phenomenal. No waiting for anything. They are really New Braunfels’ weekends,” Siebert said. “As the season goes to daily, Tuesdays and Wednesdays are the best time for locals to avoid the crowds,” Siebert said.

While it might seem counterintuitive to make a day at Schlitterbahn on a major summer holiday like Memorial Day, the Fourth of July or Labor Day, Siebert said those days are ideal to head to the water park.

Sunscreen is advised, especially as the Texas sun heats up. Good footwear is also encouraged, and Siebert said it’s important to remember that while plenty of food and refreshment concessions are located throughout, unlike many theme parks, Schlitterbahn allows its patron to bring in coolers full of anything a guest might want or need to stay hydrated.

“Bring your own coolers, load it up, pack it up,” he said. “Most theme parks don’t allow it. All we ask is no glass and no alcohol can be brought in per state law, that’s it. Bring anything you want to enjoy during the day.”

There are more than a dozen “no wait attractions,” Siebert said, such as the Torrent in the Blastenhoff section of the park — a winding river that creates large waves that push through the length of the ride every 11 seconds.

The park continues to win numerous awards in the aquatics theme park industry it helped create, with the Master Blaster ride in its 11th year winning best ride.

Schlitterbahn Waterpark Resort — New Braunfels opened its first four water slides in 1979, and today has expanded into a three section, 65-arce park in New Braunfels, along with parks in Galveston Island, South Padre Island, Kansas City, Kansas and will open another park next year in Cedar Park, Texas.

Tickets are available at H-E-B, Valero and online as well as at the gate, www.schlitterbahn.com. Season passes are still available, and as the season progresses, season passes for next year will go on sale.