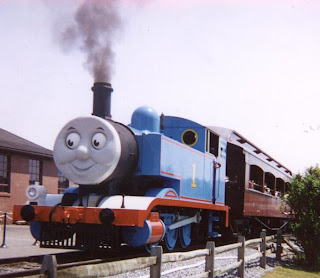 I sure hope the plans go through.

Having grown up in New York and later going to Graduate school in New York, taking a train to get somewhere made a lot more sense than driving.  I commute every day to New Braunfels from San Antonio, a round-trip of 60 miles.  With gasoline at $2.65+ a gallon its over $5.00 everyday in gas just to get to work, not counting wear and tear on the car, or on me.

Well, one can only hope.

The Lone Star Rail District's vision of a passenger train chugging along Interstate 35 on tracks between San Antonio and Austin is slowly picking up steam, officials told the Metropolitan Planning Organization at a meeting Monday.

“Our initial plans are to run about 12 trains a day and provide service seven days a week,” said Sid Covington, chairman of the district's board of directors. “We're trying to provide a predictable, reliable travel choice.”

The LSTAR is slated to run 120 miles, from Georgetown to San Antonio's City South, connecting 16 stations along the route, officials said. Their expectation is for the train to move riders from downtown Austin to downtown San Antonio in 90 minutes.