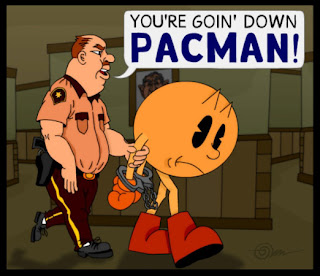 And the point is?

Can the cops lie to get a confession?  i.e. you won't get in trouble if you tell us what happened?  or Your friend, Bobby, told us he saw you have sex with the girl.......

Perhaps, depending on the circumstances of the statements to that effect and if the boys had been Mirandized.

Officials: Cops coerced boys in NJ gang-rape case
By BETH DeFALCO
Associated Press Writer
TRENTON, N.J. (AP) -- The two youngest boys charged with gang-raping a 7-year-old girl last month may have been pressured into confessing and implicating others in the case, according to two people with firsthand knowledge of the police interrogations.
Two men - 20-year-old Gregory Leary and 19-year-old Timear Lewis - and three boys, ages 13, 14 and 17, have been charged with rape at the March 28 party. The girl's sister, who police say sold her to the men during a party in a vacant apartment, was charged with promoting prostitution, aggravated sexual assault and other crimes.
Four days after the party, the 13- and 14-year-old who live near the gritty public housing complex where police say the assault took place were brought in for questioning.
The rest of the story:
Posted by Sam at 7:21 AM