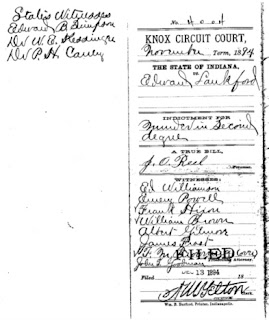 I predict he'll be convicted of the murder charge.


Ramos facing murder charge in Loft case
By Bryan Shettig  - The Herald-Zeitung
A New Braunfels man accused with tampering with the body of his slain girlfriend last summer has now been charged with murder following the April 15 grand jury indictments.

Daniel Ramos, 36, faces three felony counts of “tampering with physical evidence with the intent to impair a human corpse,” and is now also charged with the murder of his girlfriend, Maria Gallegos, 34, of Hondo, said Steven Harkins, Comal County assistant district attorney.

If his case goes to jury trial, Harkins said, Ramos could face both sets of charges.

Ramos is currently set for a pre-trial hearing April 26 in the 207th District Court.

Police arrested Ramos, a former maintenance man at the Landmark Lofts apartments, after a brief standoff in July 2009. Officers found Gallegos’ body with a single gunshot wound to the chest in Ramos’ apartment.

Ramos is currently out on bond from Comal County Jail after his attorney filed for a $100,000 personal recognizance bond Oct. 29, 2009. Ramos spent 90 days in jail without being indicted, according to court records, and was thus eligible for bond.

As part of his bond, Ramos must report to the probation department and not approach or speak to anyone at Landmark Lofts, according to Comal County District Clerk’s office documents.
Posted by Sam at 6:58 AM