Its all Greek to me 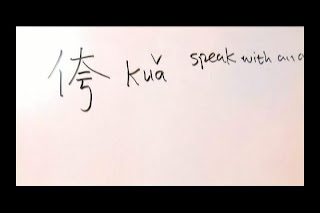 A British woman has suddenly started speaking with a Chinese accent after suffering a severe migraine, she said in comments quoted by British media Tuesday.

Sarah Colwill believes she has Foreign Accent Syndrome (FAS) which has caused her distinctive West Country drawl to be replaced with a Chinese twang, even though she has never even visited the country.

The 35-year-old from Plymouth, southwest England, is now undergoing speech therapy following an acute form of migraine last month which reportedly left her with a form of brain damage.

"I moved to Plymouth when I was 18 months old so I have always spoken like a local. But following one attack, an ambulance crew arrived and they said I definitely sounded Chinese," she said.

"I spoke to my stepdaughter on the phone from hospital and she didn't recognise who I was. She said I sounded Chinese. Since then, I have had my friends hanging up on me because they think I'm a hoax caller."
Colwill added: "The first few weeks of the accent was quite funny but to think I am stuck with this Chinese accent is getting me down. My voice has started to annoy me now. It is not my voice."

FAS has been documented around the world and is usually linked to a stroke or traumatic brain injury. It was first recorded in the early 20th century and there are thought to be only a couple of dozen sufferers around the world.
Posted by Sam at 10:09 AM