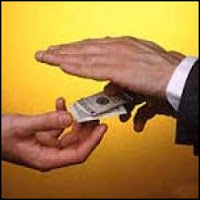 Ray Jahn, rooting out corruption, one person at a time.

A former project manager for the San Antonio Housing Authority pleaded guilty Wednesday to accepting $7,200 in kickbacks to steer maintenance work to a contractor.

Robert R. Olivares Jr., 41, admitted he got the money over several weeks from Oscar Montemayor, owner of Montemayor General Contractor LLC, according to court records.

Prosecutor Ray Jahn would not say whether Montemayor would be charged. Attempts to reach him for comment were unsuccessful.