Doodling without a license? 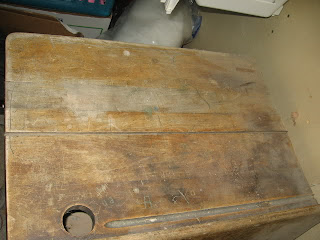 A wee bit of an overreaction methinks.

A 12-year-old US schoolgirl is suing the New York City authorities for $1m (£650,000) in damages after she was arrested for writing on her desk.Alexa Gonzalez was led out of her school in handcuffs by police after she was caught scribbling a message to her friends with an erasable, green marker.

Miss Gonzalez and her mother are suing the police and education departments in New York City.

They are claiming for excessive use of force and violation of her rights.

Miss Gonzalez was caught scribbling "I love my friends Abby and Faith" on her desk during a Spanish class in February.

The 12-year-old said her Spanish teacher then "dragged" her to the dean's office where police were called.

Miss Gonzalez told the New York Daily News she broke down as she was led out of Junior High School 190 in Queens in handcuffs.

"I started crying, like, a lot," she said. "I made two little doodles... It could be easily erased. To put handcuffs on me is unnecessary."

She said she was then held at a local school precinct for hours in what she calls a traumatising and excessive ordeal.

New York City officials have acknowledged the arrest was a mistake, saying better judgement should have been used by the arresting officers.

Miss Gonzalez was suspended from school and tried in a family court, where she was given eight hours of community service and ordered to write an essay about lessons to be learned from the incident.

Her family's lawyer said the school had overreacted by calling the police.

"We want to stop this from happening to other young children in the future," the lawyer, Joseph Rosenthal, told the New York Daily News.
Posted by Sam at 7:29 AM