He did not spoil the child 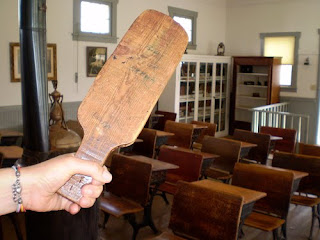 Not sparing the rod has netted him four years in prison.

Will he use the time constructively?

BOERNE — A Christian fundamentalist from Kerrville was sentenced to four years in prison Monday for pinching, kicking and whipping his 10-year-old son while the boy's hands, feet and head were bound with duct tape.

However, despite Scripture about ruining children by sparing the rod, Dill testified Monday that he endorsed the jury's verdict in January that he'd broken the law by whipping the boy with a stiff section of folded fence wire.