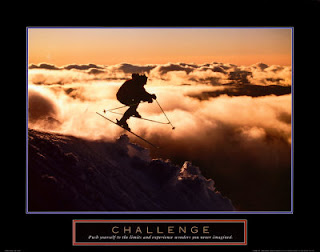 An idea whose time has come.


State senator sits in on challenge court
By Bryan Shettig - The Herald-Zeitung
State Sen. John Whitmire (D-Houston) sat in on Comal County’s challenge court Friday with the intent to study the process in his ongoing push for similar courts statewide.

Whitmire, who is the chair of the state Senate’s criminal justice committee, said he sent out letters to judges in the state inquiring about their challenge courts and received a reply from Judge Dib Waldrip of the county’s 433rd District Court, who started a challenge court in 2007.

“We do a good job in Texas of convicting non-violent, low-level offenders,” Whitmire said. “The problem is, many of those people who end up in jail will come out as violent offenders, more knowledgeable about crime and worse than when they went in.”

Whitmire said during the senate’s next legislative session, or even before then, he plans to bring his entire committee to sit in on Waldrip’s challenge court, noting similar programs, sometimes referred to as drug courts, still have their detractors in Austin.

“They don’t think it’s tough enough,” he said, though did not specify which senators oppose the use of challenge courts. “But seeing the process here today, it’s evident this is tough as nails. To go up in front of a court and other people to talk about your problems is tough.”

Waldrip told challenge court participants that the program is meant to create “a better mouse trap,” not for catching people, but to systemically break down what he described as a “culture of drug use” in the U.S., which hurts communities and fuels violence in Mexico and along the state’s border.

“The key would be for the state to take some of the money used for prisons to help pay for probation departments and challenge courts,” Whitmire said.

The program allows residents charged with state jail and third-degree felony drug or alcohol charges to make significant changes in their lives. Drug court participants create achievements often to get sober and then branch out with their own life goals.

Challenge courts also help the state save money, Whitmire said, noting that it is more expensive to incarcerate residents than to let them complete a challenge court program.

Those charged who want to enter the challenge court must be 18 years old or older, live relatively close and must not have any drug delivery or manufacturing charges, only third-degree felony charges.
Posted by Sam at 8:33 AM