Stupid is as as stupid does 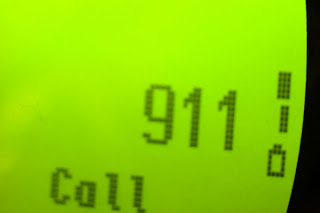 Hello?  I'd like to report a kidnapping and false detention.


Police in Ohio say a man arrested on a disorderly conduct charge called 911 from jail to complain he was being held against his will.

The Sandusky Register reports the man had been handcuffed to the door of his holding cell early Sunday because officers said he wouldn't calm down and they were afraid he would hurt himself or cause damage. He'd been arrested in a dispute outside a Sandusky bar.

The newspaper reports police in the northern Ohio community took away the man's cell phone after the 911 call was placed and included in the charges against him a count of misuse of 911.
Posted by Sam at 8:44 AM