Police officer killed in the line of duty 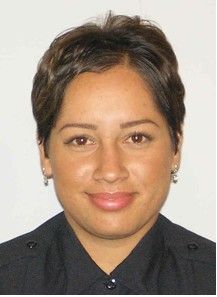 More information concerning the death of Officer Stephanie Brown who was tragically killed last night in a head-on collision with a suspected drunk driver who was traveling the wrong way on I-35.

He was on probation for DWI.

How much more of this foolishness will we tolerate as a society?  How much?  How many more deaths?

Officer Brown leaves behind a baby daughter; her father is a SAPD officer.  Their loss.....our loss is tragic.

My prayers are with her, her daughter and her family.  God Bless them and protect them.


A San Antonio police officer and a suspected drunken driver were killed early Tuesday when the man — who was on probation for a DWI charge — drove his SUV head-on into the officer's patrol car while going the wrong way without headlights on Interstate 35 downtown, authorities said.

Officer Stephanie Ann Brown, 27, was responding to a call for an officer in trouble, driving south on the upper level of the interstate around 2 a.m. when the collision occurred near McCullough Avenue.

Christopher David Baldaramos, 31, was pronounced dead at the scene, police said. Public records show he has lived in San Antonio since 2005 and his lawyer said he had served eight years in the U.S. Army.