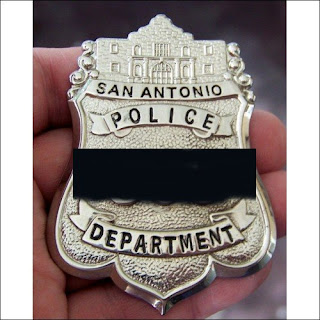 It is extremely sad to say that a SAPD officer was killed by an apparent drunk driver while she was responding to a call.

What will it take to wake up folks to the carnage on the highways and streets in the area?

A San Antonio Police Officer was killed this morning when her patrol car was hit head on by a motorist who was driving northbound in the southbound lanes of Interstate 35 just north of downtown, 1200 WOAI news reports.

Police say the female officer, who's name has not yet been released, was driving south on Interstate 35 near the McCullough Street exit, when the other driver speeding northbound in the southbound lane slammed head on into her vehicle.