Pushed over the limit 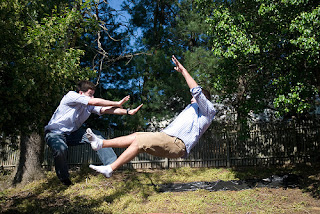 That must've been quite a push.

Man killed over bar bill
The Times of India -

BANGALORE: A 26-year old man was murdered, allegedly by his friend, in a bar in Sampangiram Nagar police limits on Monday afternoon.

The victim, Vijay Kiran, a resident of Sampangiram Nagar, was a cab driver at a travel agency. He visited a bar and restaurant with his friend, Lokesh, around 1 pm. "Both had liquor together and began fighting over paying the bill," police said.

Lokesh reportedly punched Vijay in his face and pushed him, killing him on the spot. Police have arrested Lokesh.
Posted by Sam at 7:43 AM