No wonder the budget problem is such....a problem 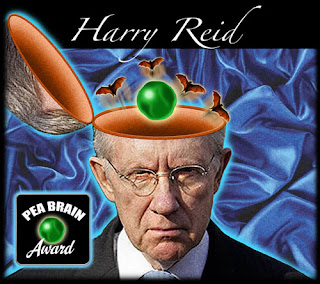 This is why we'll never cut spending in any meaningful way in the Federal Budget.

Seriously Harry?  Where will you cut spending and when?


Reid: Save federal funding for the cowboy poets!
from www.politico.com

File this under: Did Harry Reid just say that?

In the middle of his tirade against House Republicans' "mean-spirited" budget bill on the Senate Tuesday, the Senate Majority Leader lamented that the GOP’s proposed budget cuts would eliminate the annual "cowboy poetry festival” in his home state of Nevada. (See also: Reid’s prostitution lecture bombs.)