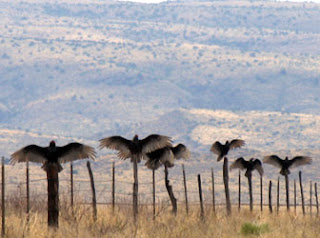 It took a Bexar County jury to do what an El Paso jury could not do.

Find the defendant guilty of strangling his mother who then apparently dumped her body out in the West Texas desert for the buzzards.

Man convicted of strangling mom
In El Paso a hung jury, but in S.A. a possible sentence of life in prison.
By Craig kapitan - Express-News

When El Paso resident David Marmolejo was first put on trial in the strangling of his mother, whose body was dumped in the West Texas desert, jurors there couldn't reach a verdict and a mistrial was declared.

A San Antonio jury was more decisive, finding Marmolejo guilty of murder Tuesday after about three hours of deliberation.

The defendant sunk his head into his hands as Judge Gonzalo Garcia read the verdict.