The one time there was harm in asking a question 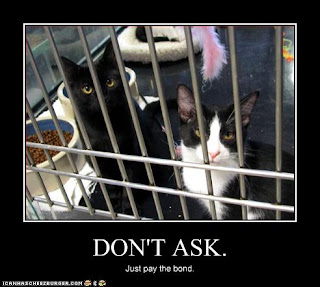 Well, I guess he won't be asking again; now will he?

Murdered for Sexual Harassment
The Times of India -

Dharmalingam, 40, a mason, was murdered for allegedly demanding sexual favours from a worker.

Dharmalingam, a native of Vellore in Tamil Nadu, was working at a building in Konanakunte under Subramanyapura police limits. Police said Shivu alias Shivashankar, hit Dharmalingam with an iron rod on Sunday around 8.30 pm, as he had demanded sexual favours from Shivu's sister.

Shivu had warned him earlier, and on Sunday, the fight took an ugly turn.
Posted by Sam at 7:47 AM