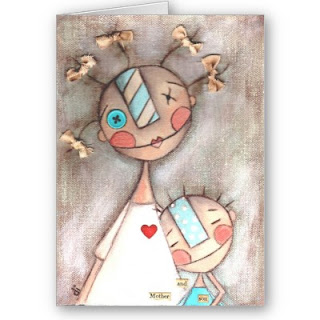 Its always nice when the children follow in their parents' footsteps.

Except, of course, when the parent is a criminal, eh?

A mother and her son teamed up to rob an Independence Township drugstore in the 7200 block of Ortonville Road at gunpoint, according to authorities.

Pamela Jane Allen, 50, and her son, Tyler Earl Fischer-Greenfield, 25, both of Holly, were arraigned for armed robbery Thursday in 52-2 District Court in Clarkston.

Fischer-Greenfield, whose bond was set at $100,000, was also charged with delivery or manufacture of a controlled substance less than 50 grams. That felony charge can bring up to 20 years in prison.
Posted by Sam at 7:32 AM