The end of the story 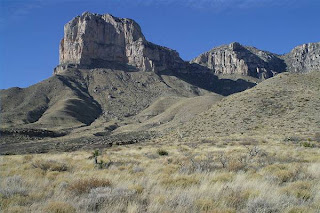 Yesterday I posted about the El Paso fellow being found guilty by a Bexar County jury after getting a hung jury in his first trial.

Today I get to tell you that he got 54 years in prison for murdering his mother and dumping her body in the West Texas desert for the buzzards to feed on.

An El Paso man convicted of strangling his mother after she confronted him about dating his stepsister was sentenced by a San Antonio jury Wednesday to 54 years in prison.

David Marmolejo, 31, had no visible reaction as state District Judge Gonzalo Garcia announced the sentence. He will have to serve at least half of the term before he can apply for parole.

The sentence, which took jurors six hours to reach, came one day after El Paso County District Attorney Jaime Esparza reminded jurors of testimony that it would have taken up to a minute of choking for Gloria Marmolejo, 54, to have died.