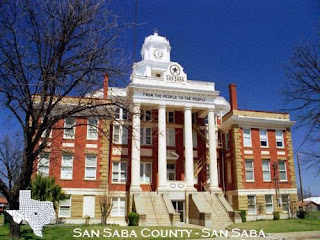 Excellent work by Ms. Von Bunn of the AG's office!

San Saba Jury sends stern message to child molesters
Submitted by San Saba County Sheriff's Department to San Saba News & Star
It was on the one year anniversary of his arrest, that a San Saba Jury sent Preston Lamar Thomas to prison for 195 years for sexually assaulting an 8 year old child. Sheriff Brown arrested Thomas on March 2, 2010 on three counts of aggravated sexual assault of a child. The case was filed and then drug on for over six months until it was reassigned to the Texas Attorney General's Office and new prosecutors took over the case.

The case was then prepared for trial by Von Bunn and special investigator Sergeant Vence McCoy. Sheriff Brown worked with them on the case and stated that it was very impressive to watch this team from the AG's office work. The prosecution team worked with the Sheriff's office and worked closely with the victim and her family preparing them for trial. Sheriff Brown stated that it is a very difficult and painful thing to prepare a child for trial, yet prosecutor Von Bunn and Sergeant McCoy did an outstanding job.

On Monday, February 28th, 2011 the trial began and a second prosecutor, Brenda Cantu then assisted with the trial. Tuesday, March the 1st 2011, the one year anniversary of his arrest, a San Saba County jury found Preston Lamar Thomas, guitly of all three counts of Aggravated Sexual Assault of a child and sentenced him to 65 years on each count and a $10,000 fine. The trial was over seen by district court Judge Gilford Jones, who then heard final words from the defense and the prosecutors over the case and Judge Jones then stacked the three 65 year sentences one on top of the other, giving the now convicted child molester a total of 195 years and a $30,000 fine.