Stop! In the name of love 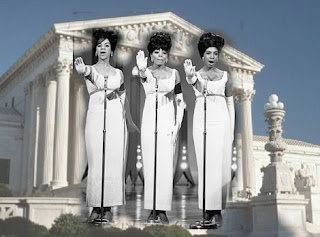 Sorry but I agree with the Supremes on this one.

Do the DNA testing before you execute someone.

After a decade of courtroom losses, convicted killer Henry Skinner won big Monday when the U.S. Supreme Court ruled in a 6-3 decision that he could use a federal civil rights law to pursue his goal of obtaining DNA testing for knives, an ax handle and other crime-scene evidence.

Sentenced to die for the 1993 Pampa murders of his live-in girlfriend and her two adult sons, Skinner repeatedly has tried through state and federal filings to have the untested items examined. Monday's high court ruling, authored by Justice Ruth Bader Ginsburg, reverses an earlier 5th U.S. Circuit Court of Appeals decision and clears the way for seeking testing through a civil rights claim.

The court's decision resolves conflicting rulings on the matter handed down by various circuit courts of appeals. Skinner's lawyer, Robert Owen of the University of Texas Capital Punishment Center, said “six or seven” of the 12 courts previously had sanctioned such action under Section 1983 of federal civil rights law.