Fresh meat for the grinder 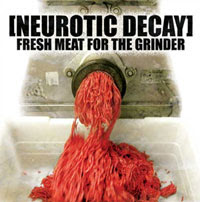 How exciting for these young thugs!!


Couple robbed, held at gunpoint in Seguin
Two teenagers' backtracking in Seguin costs them their freedom.
By Roy Bragg - Express-News

SEGUIN — A pair of teenagers accused of orchestrating a three-hour, two-county crime spree early Sunday that netted them cash, a computer and tools were arrested after returning to the home of their victims, authorities said.

The teens — identified as James Riojas, 18, and Marissa Diaz, 17 — were being held in the Guadalupe County jail Monday on several charges, including kidnapping and robbing a married couple at knifepoint. Each was being held on $950,000 bond.

Robert Murphy, a Guadalupe County sheriff's investigator, said the female victim told deputies that she was driving north of Seguin at 8 a.m. Sunday when she was flagged down by a teenager, who told her he was having mechanical problems with his truck. That truck, Murphy said, had been stolen earlier that morning in Seguin.