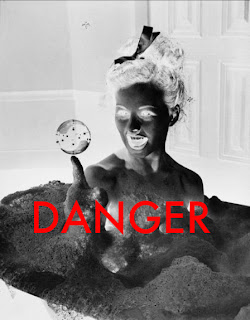 Learn something new each day!

Man high on bath salts thought he was being chased by electricity during burglary, police say
By Sara Ganim -The Patriot-News

A 31-year-old man under the influence of bath salts broke into a home in East Hanover Township and later damaged two cars — including a marked state police cruiser — because he thought he was being chased by electricity, police said.

Seth Thomas Sanders, of Elizabethtown, ditched his car along state Route 22 near Gravel Hill Road in Lebanon County Feb. 27 and began running around 1 a.m. because “he thought it was melting and electricity was following him,” police said.

In fleeing, he broke into a house, was chased out by a homeowner, then broke into a garage before running down state Route 22, and jumping onto the hood of two cars, police said.

He was arrested by a state trooper inside the second car he damaged. It was a marked state police cruiser.
Burglary, disorderly conduct and other charges were filed against Sanders.
Posted by Sam at 7:52 AM