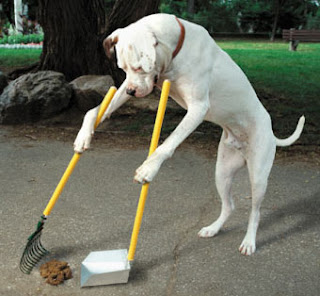 Somebody sure needed some xanax or something.

Now that's a good doggy in the photo!


JACKSON, Mississippi (AP) — An argument between two armed neighbors over a dog and its feces escalated to a shootout in rural Mississippi, sending one neighbor to the hospital with injuries from shotgun pellets and the other neighbor to jail.

Terry Tenhet, 52, told The Associated Press he was struck Wednesday in both hands, the shoulder, chest and side by the spray of pellets from shotgun blasts fired by his neighbor, Jerry Blasingame, 60. The wounds are not life-threatening.