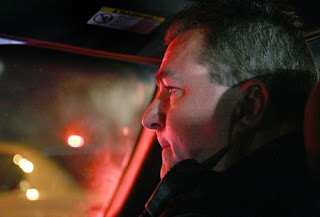 The city didn't look good in this did they?

Congratulations Lt. Salvaggio on your victory at the arbitration.

Arbitrator rules in favor of SAPD officer
Lt. was accused of cheating on a promotion exam.
By Michelle Mondo - Express-News


A San Antonio police lieutenant fired last summer after an investigation into improper conduct during a promotion exam should be reinstated with full back pay and his record cleared of the indefinite suspension, an arbitrator ruled Monday.

Not only did the city err in firing Lt. Joseph Salvaggio, but the SAPD Internal Affairs investigation into the allegations was incomplete and did not back up its “underlying inference” that Salvaggio cheated or attempted to cheat on the exam, according to the 17-page ruling by arbitrator Edward B. Valverde obtained by the Express-News.

In a December arbitration hearing, Salvaggio, a 23-year SAPD veteran, had fought to get back his job and clear his name of a cloud of cheating rumors. In an e-mailed statement Monday, he said the “hurtful allegations have taken a great toll on me and my family.”