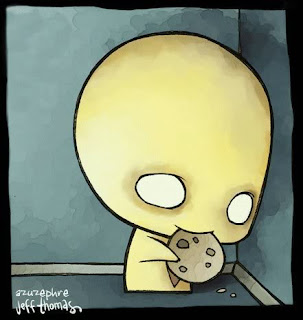 Yeah, good luck with this lawsuit.

How you'd prove that the corporation knew, yet failed to stop illicit drugs from being disseminated is going to be one tough cookie.

Even if you prove a guard, or guards, smuggled in the drugs you still have to show the corporation knew, or should have known about it and failed to try to stop it.

The parents of an inmate who died last year from a heroin overdose at a privately run federal jail in downtown San Antonio have sued the operator, alleging guards may have smuggled the drugs in and provided them to the prisoner.

The suit filed by Albert and Sandra Gomez, which was moved from state court to federal court last week, states that their son, Albert Gomez Jr., died May 19 from a heroin overdose while he was held at one of the more secure parts of the Central Texas Detention Facility.

The 685-bed facility is owned by Bexar County, but has been managed for years by the Boca Raton, Fla.-based GEO Group Inc., which has a contract with the county and the U.S. Marshals Service to house federal pretrial inmates there. The suit names GEO and a female guard, listed as “Jane Doe 1,” as defendants.