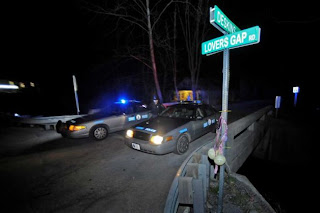 My prayers go out to the wounded officers and their families as well as the families of the officers who were killed.


VANSANT, Va. (AP) — A small southwestern Virginia community is again dealing with a deadly shooting rampage that this time killed two deputies and wounded two more before the suspect who may have been trying to rob a salvage yard was fatally shot by police.

One deputy has life-threatening injuries and the other was in serious condition, state police said. No names were released late Sunday.