More meat for the grinder 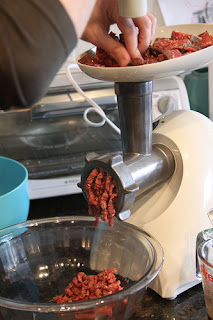 I would not want to be any of these folks.

Beijing - An initial investigation has found that 12 government officials were implicated in a scandal involving tarnished meat products, while another 41 are still being probed.

In an announcement on Monday, the Henan provincial government said law enforcement officers have captured two major suspects and shut down their plants, after they tested 310,000 pigs across the province and confirmed that 134 of them tested positive for clenbuterol, a toxic chemical added to the animal's feed.

The 12 officials have been delivered to judicial departments for further investigation, the government said.
Posted by Sam at 7:32 AM