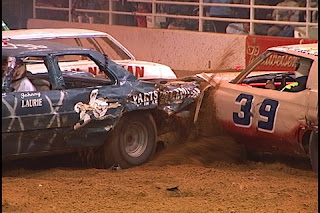 Jeeze and its not even Fiesta yet.

The first one hits two different cars, the seconds drives up into the scene through the flares police had put up.

The driver who caused the initial case, Jose Roberto Salas, 40, was involved in a wreck and tried to flee, striking another vehicle head-on, police said.

Salas rear-ended a car and then attempted to drive away shortly before 3 a.m., police said. Headed east on Prue Road's westbound lanes, he got half a block before striking a second vehicle near Spring Time Drive, and again fled over a raised median and this time headed west in the eastbound lanes, police reported.