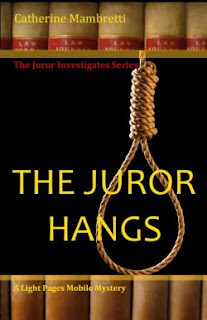 The juror's stupidity to follow simple instructions like DO NOT DO YOUR OWN LEGAL RESEARCH has far-reaching consequences.

I'm not bothered by the fact he/she should be held in contempt and made an example of what not to do.

Curious juror could land in jail
By Craig Kapitan

Attorneys for Ray Lemes, whose murder trial was derailed when a member of his jury was found to have conducted outside legal research, said Thursday the errant juror should be held accountable — with a fine or possibly even jail.

Lemes had been on trial for five days in the 2007 shooting death of a college student in the street in front of his home, and the jury had been deliberating for almost seven hours when the foreman sent a note to state District Judge Lori Valenzuela stating that one member had independently looked up the legal definitions of murder and manslaughter.

Judges always warn jurors before and during trials that outside research is prohibited. Valenzuela granted the defense's motion for a mistrial.