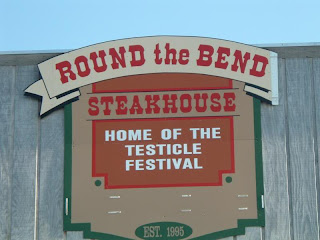 I guess she believes she had her reasons.


A BRITISH man had surgery to reattach his testicles after his girlfriend allegedly bit them off, the Daily Mirror reported yesterday.

Maria Georgina Topp, 43, appeared in court accused of carrying out the horrific attack on her boyfriend Martin Douglas, 45, in Newcastle, northern England.

BDouglas had to call emergency services himself after the incident, but was in so much pain operators could not understand what he was saying. He needed emergency surgery and had to spend several days in the hospital recovering from the attack.