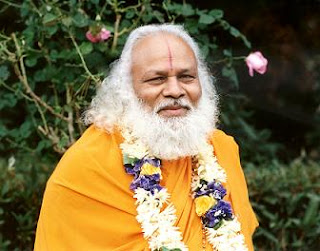 Where oh where has the swami gone?

Skipping out on an $11 Million in cash bonds?

I'm sure that Hays County is happy over that part anyway.

SAN MARCOS — An 82-year-old Hindu spiritual leader convicted of molesting two girls and who failed to appear for the punishment phase of his trial nonetheless was sentenced Tuesday to 140 years in prison.

The eight-man, four-woman Hays County jury took just 50 minutes to return a verdict against Prakashanand Saraswati, founder of the Barsana Dham ashram, located near Driftwood. The jury also agreed that the swami should pay $200,000 for molesting the girls, both of whom lived in the mid-1990s with their families at the ashram.

Saraswati, also known as Shree Swamiji to his followers, was convicted last week of 20 counts of indecency with a child, or 10 counts for each victim. In each of those, the jury assessed a 14-year sentence and a $10,000 fine. Prosecutors asked that the sentences run consecutively.