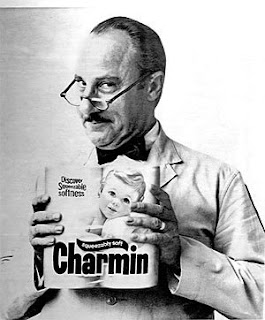 In some ways aren't they all?

Among the items on his brainstorming list: a proposal for a 10-cent federal tax on every roll of toilet paper you buy.

Based on the four-pack price for Charmin double rolls Tuesday at a midtown Hy-Vee, such a tax would add more than 10 percent to the per-roll price, pushing it over a buck.