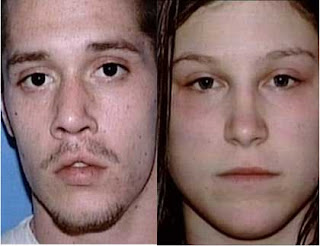 How stupid can you be ?

TRAFFORD (KDKA) — A Pitcairn woman and her boyfriend are facing charges after she posted a photo of a stolen ring on Facebook.

Crystal Yamnitzky, 20, and 21-year-old Robert Driscoll were at a home in Trafford earlier this week when Driscoll stole a 3-carat ring as well a few others from an upstairs bedroom.

A short time later, Yamnitzky posted a photo of the $12,000 ring on Facebook with the caption, “Look what Robby gave me. I love him so much.”

Police questioned Yamnitzky after being made aware of the photo, but by that point Driscoll had already pawned the ring at a shop in Monroeville. The transaction was caught on tape. Both Yamnitzky and Driscoll were arrested.