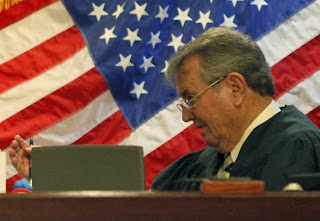 The Judge was correct in his assessment that Intoxication manslaughter is a crime of stupidity.

So why compound the stupidity?


One day after a drunken-driving suspect killed himself and a San Antonio police officer in a head-on collision, a judge Wednesday ordered the release of a man serving prison time for killing a prominent neurosurgeon while driving drunk along Interstate 10 five years ago.

“I just feel like a failure,” Stowe said, pointing out that he was on suicide watch during his first four days of incarceration. “I don't know if I can ever make what I did right.”