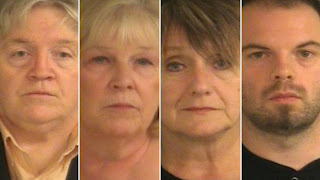 Perhaps this is why we need voter ID laws?

Felony charges related to election fraud have touched the 2008 race for the highest office in the land.

The officials are accused of taking part in a scheme to fake signatures and names on the primary petitions needed to run for president. Court papers say the plan was hatched by local Democratic Party officials inside the local party headquarters.