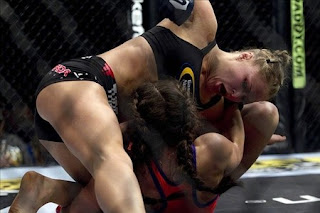 BTW it's an odd headline.  Was it a fight with a lot of women involved or was it only large females who were fighting?

SACRAMENTO (CBS13) – More than 30 women brawled in the street, all reportedly over Facebook posts.

“I saw the girls yelling and pushing each other and one girl tried to push them apart,” one witness said of the fight in Del Paso Heights on Sunday.

“People shouldn’t be posting their business on Facebook,” said another woman.