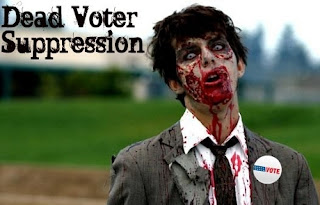 Nothing to see here move along!

Election rolls list too many voters
By Lise Olsen - Express-News

Sixteen small counties across Texas appear to have more registered voters on their rolls as of 2010 than qualified citizens of voting age — a phenomenon prompting conservative Washington watchdog group to question whether the “over counts” could raise the potential for election fraud.

Tom Fitton, president of nonprofit Judicial Watch, said his group plans to ask the Texas secretary of state to examine all Texas counties with oversized voter rolls. The group has demanded probes in other states as the result of its own nationwide comparisons of 2010 voter registration and census data.