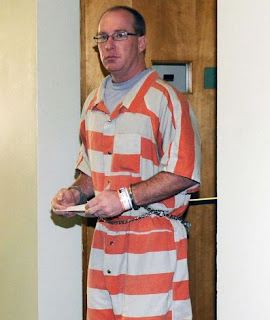 I guess she now realizes that she wasn't the only "love" he had.

Calif. teen breaks up with teacher after his arrest
Associated Press -

MODESTO, Calif. (AP) — A Northern California teen who made national news when she and her high school teacher moved in together says she has broken off the relationship following allegations that he sexually abused another student.

Jordan Powers, 18, told ABC News that when her now former boyfriend, Christopher Hooker, called her from jail she told him, "We're done."

Hooker, 41, was arrested Friday on suspicion of sexually abusing a different student more than a decade ago.