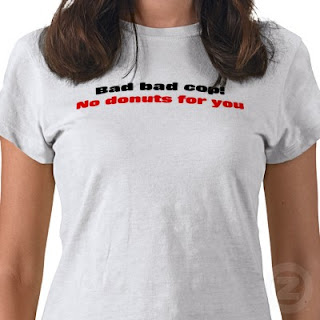 No donuts for you!

A police officer and a former officer from California have been charged with trying to distribute hundreds of thousands of dollars worth of marijuana in Virginia.

Alexandria police said 34-year-old Frederick Sayles, 38-year-old Gabriel Sepeda and 34-year-old David Flowers were arrested when they showed up to a drug transaction with 27 pounds of marijuana in their car. The drugs had a street value of about $635,000, authorities said.

Sayles is a police officer with the Selma Police Department in Selma, Calif., a small town near Fresno in central California. Sepeda is a former officer with that agency and all three men are from the Fresno area.