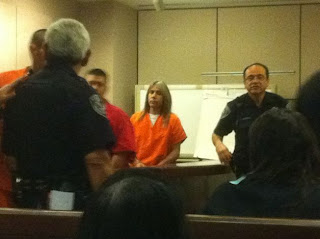 An ex-con who was on the run for two months last year after cutting off his GPS ankle monitor while under house arrest was ordered Wednesday to serve a life term in prison for child molestation.

Carlos Mireles Jr., 45, was handed the sentence by state District Judge Maria Teresa Herr one month after a jury convicted him of three counts of raping a 5-year-old. Because he had two prior trips to prison in the late 1990s for drug cases, his sentencing range was enhanced to a minimum of 25 years.

The Lone Star Fugitive Task Force apprehended him in the back room of a West Side home last July.