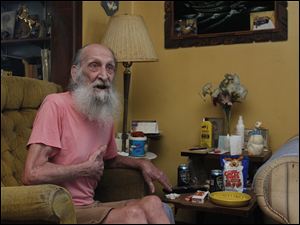 It is and was a hate crime wasn't it?

You know it was.


It was six against one.

Six juveniles -- the youngest 11, and the oldest 17 -- nearly boxed in Dallas Watts, a 78-year-old man from East Toledo.

Mr. Watts was on his way home from the nearby Gas Express Mart at Starr Avenue and White Street about 4:45 p.m. Saturday when the boys approached him.

\One pointed at Mr. Watts and said, "take him down," the victim recounted in an interview Monday.