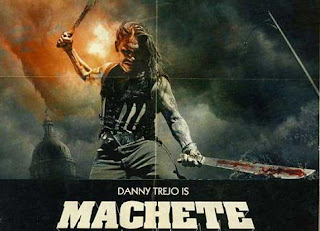 Don't bring a machete to a gun fight.

The news this morning said the man had a psychosis.

So was this a psychotic episode or breakdown of some sort?  Unfortunately he is beyond help now.

An officer fatally shot a machete-toting man following a domestic disturbance on the North Side early  today.

Lt. Chris Benavides said police responded to the disturbance in the 11700 block of Sandman, where they were confronted by a 52-year-old man carrying a machete.

Officers reportedly told the man to drop the machete, but he refused and approached officers, attempting to attack them.