I would think he needs a psych evaluation, wouldn't you agree? 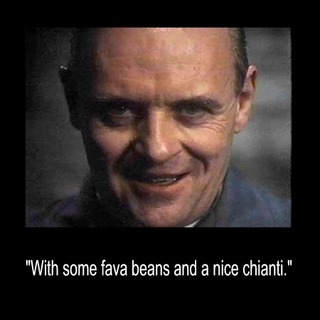 With fava beans no doubt.

SHREWSBURY (CBS) — A Shrewsbury man has been charged with murder in the gruesome killing of his wife.

Prosecutors say he also ate part of her arm.

Seventy-nine-year-old Jieming Liu was arraigned Friday afternoon in Westboro District Court, a day after his wife, Yuee Zhou, 73, was found dead in their home.

Investigators said the couple’s son went to visit his parents at their condominium Thursday afternoon and found his mother on a bedroom floor,  soaked in blood.  Her left arm was severed below the elbow.

In court Friday, prosecutors said the flesh was missing from her left forearm and her husband had been eating it.