Tossing his career and life into the crapper 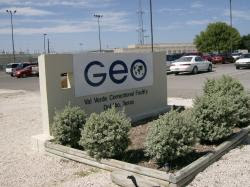 He probably thought the money was too good to pass up.

A former guard at a privately run jail in Del Rio has been indicted on charges of providing contraband — a cell phone and marijuana — to an inmate.

The indictment by a grand jury in Del Rio said Juarez provided the items to an inmate identified only as B.H. at the Val Verde Correctional Facility, which is run by Florida-based The GEO Group. The indictment said Juarez smuggled the cell phone on Dec. 19, 2011, and the drugs on Aug. 11, 2011 and Feb. 13, 2012.