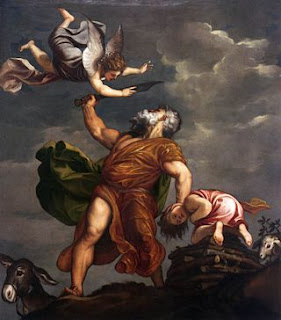 Didn't I read about this in the Bible?


A father is in custody, accused of attempting to sacrifice his own son in a San Diego area cemetery.

Joseph Ramirez, 30, took his family to Mount Hope Cemetery Saturday around 4:30 p.m. and told them his dead grandmother told him to sacrifice  the 8-year-old boy, according to San Diego police.

Officers released a report stating Ramirez had brought candles to the cemetery. One of the candles broke, and he used a piece of the broken glass to slash open his son's forearms.