I like their motorcycles too, but not this much 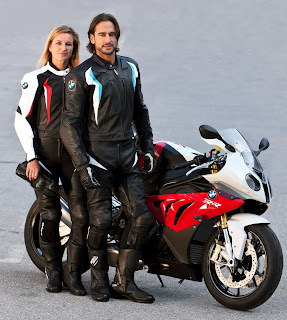 Will this law suit stand up in court?

She likes his BMW too.

SAN FRANCISCO (WWJ) - BMW North America has probably had to deal with plenty of  unusual lawsuits, but one filed last week may be a first — a California man says the seat on his motorcycle has given him an erection he just can’t shake.

Henry Wolf of California is suing BMW America and aftermarket seatmaker Corbin-Pacific claiming his issue began after a four-hour ride on his 1993 BMW motorcycle, with a ridge like seat. Wolf is seeking compensation for lost wages, medical expenses, emotional distress and what he calls “general damage.”

He said he’s had the erection non-stop for 20 months. And it comes with another side effect: The lawsuit says Wolf is “now is unable to engage in sexual activity, which is causing him substantial emotional and mental anguish.”